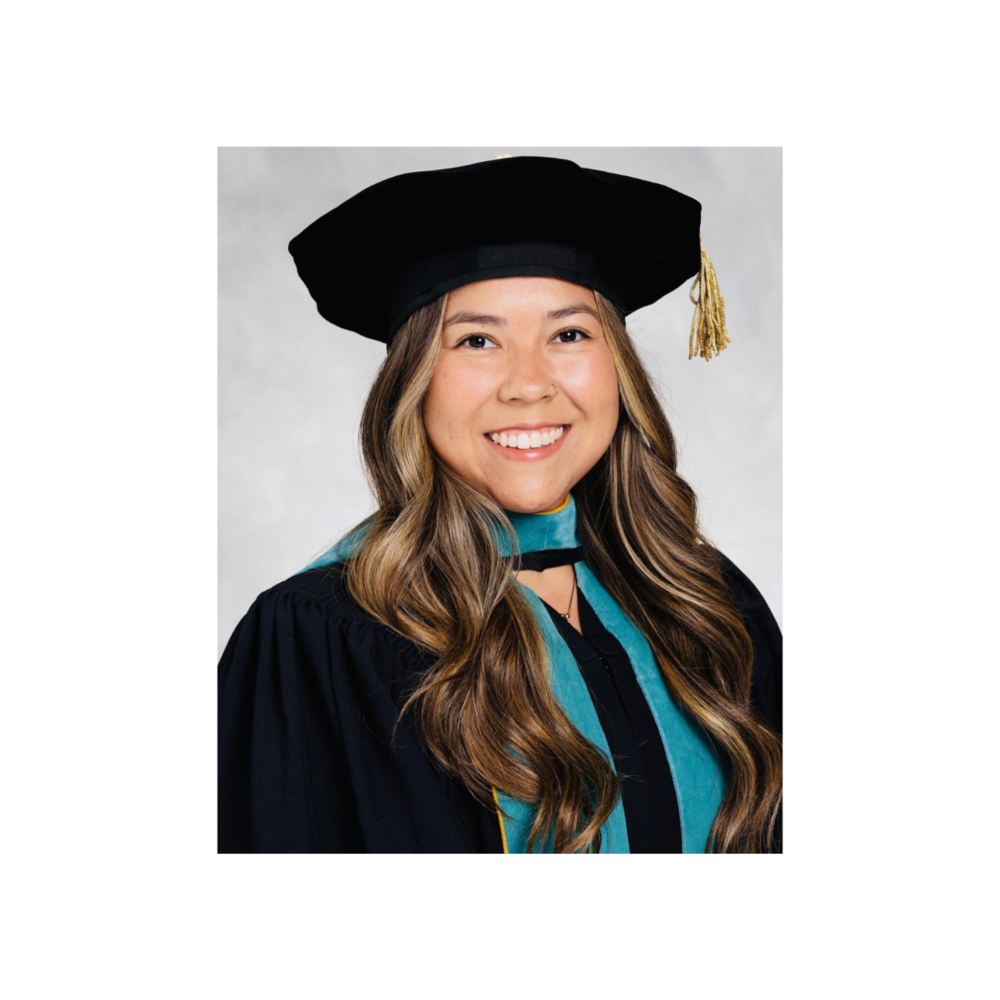 Once a Comet, always a Comet! In an effort to stay connected with our alumnae, we have been catching up with some recent graduates and are giving them the opportunity to share their stories. The following article was composed after an interview with Leslie Perez, graduate of the class of 2012.

Leslie Perez was born and raised in Los Angeles, CA to a Mexican mother and Nicaraguan father. Both of her parents made significant sacrifices to immigrate to the United States and to provide Leslie with the opportunity to receive a Catholic education at Sacred Heart. This in turn, allowed Leslie to pursue her American dream.

After graduating from Sacred Heart in 2012, Leslie attended California State University, Fullerton where she earned a degree in Biochemistry in 2016. This year, she earned her Doctorate degree in Optometry from her first-choice school, Marshall B Ketchum University. Leslie’s incredible accomplishments, however, did not come without adversity. She recounts how she found herself, “struggling a lot with imposter syndrome”. She was one of only two Latinas in her class of 104 students. Leslie was able to create a friendship with her peer and they were both grateful to have found a friend that shared similar struggles as well as a similar background. They were able to give each other the support to be courageous to push past each of their comfort zones. Despite this friendship, Leslie still felt as though she did not belong. The increasing demands of optometry school also continued to be daunting. Leslie explained that, “The schooling itself was rigorous; we had weeks where we had to study for three exams, stay late nights in the labs to practice for proficiencies, and on top of that, see patients.” During the challenging times Leslie would turn to the words of her mother for inspiration, “Échale ganas mija, y vas a ver que se te va cumplir.” With the support of family, friends, and teachers, Leslie was able to quiet the lies that told her she was not good enough.

As Leslie reflected on her undergraduate and graduate experiences, she recalled her time at Sacred Heart. It was at Sacred that she met her closest friends and became inspired to pursue a degree in science. Leslie’s teachers nurtured her interest in science and truly influenced the path she would take in her undergraduate studies. In particular, Leslie recalls how,  “Mr. Nakashima and Ms. De La Riva were two of the most influential teachers for me. They both made science fun to learn and, ultimately, that led me to pursue a degree in Biochemistry. For that, I am eternally grateful!” Leslie was able to identify her love of science thanks to her teachers. It is a dynamic that we continue to see today on our campus, a dynamic that is very much necessary in a world where women are underrepresented in the STEM field.

Currently, Leslie is doing her residency which focuses on ocular disease. Once she completes her residency, Leslie would, “really like to work in a hospital setting or group practice”. In the future, she would like to continue to pay it forward and work for a non-profit organization.