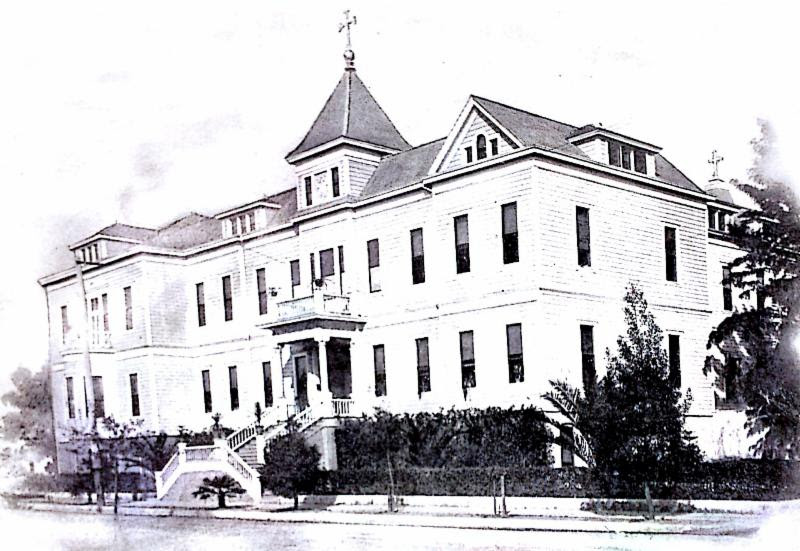 Originally known as Sacred Heart Academy, Sacred Heart High School was one of the first Catholic girls’ high schools in the Archdiocese of Los Angeles.  In 1907 the long desired ambition of Father Michael McAuliffe, pastor of Sacred Heart parish, was fulfilled when the Dominican Sisters of Mission San Jose agreed to add a high school department to the elementary school, which they had established in 1890.  Sacred Heart Academy began as a boarding and day school, with a student body of twenty-seven and the first graduating class of eight in 1911.

The high school was originally situated on Sichel Street in the old convent-academy building, which it shared with the grammar school until the erection of a new parish elementary school in 1923.  In the fall of 1923, an addition to the old structure was completed, a modern four-story stucco building.  This provided a high school auditorium and sewing room on the ground floor, music rooms on the second floor, and Sisters’ apartments on the third floor.

After World War II there was an increase in population in Los Angeles, and, therefore, a greater demand for secondary education.  At the same time, the 4-story wooden structure on Sichel Street that housed Sacred Heart Academy was condemned and a new building was needed.  The Dominican Sisters decided to sell the entire property to the Archdiocese of Los Angeles so that a new brick building could be constructed for the high school girls. In 1949 Sacred Heart Academy became Sacred Heart High School located on Griffin Avenue and was placed under the jurisdiction of Sacred Heart Parish.  In 1957 a spacious auditorium building, funded by parents and alumnae, was added.  A small cafeteria building, a terrace built by the parents and a yard for athletics completed the present high school campus.  In 1979 Sacred Heart High School for girls became an Archdiocesan High School and the auditorium became a parish facility.

After decades of fundraising and support from generous donors, the construction of a new gymnasium began in the fall of 2018. After the construction was finished, we had a blessing and dedication service in April. Since then, the gym has become a central part of our student life and athletics program.

Today ​the school continues to offer opportunities for young women to mature in their own faith and is committed to empowering and encouraging them in their search for scholastic excellence and Truth (Veritas).

The Dominican family traces its roots to almost 800 years ago with Dominic de Guzman, born in 1170 in Caleruega, Spain. Filled with a deep spirit of prayer and a passion for preaching Christ Jesus, Dominic gave birth to a new religious order: the Order of Preachers.He called his followers to be rooted in and shaped by the Word of God through personal and liturgical prayer, assiduous study, and life shared in community.

The story of Dominican Sisters of Mission San Jose began more than 110 years ago. Three young Dominican Sisters from Brooklyn, New York, were sent to San Francisco, California in 1876 to begin a school for German-speaking immigrants. Sister Maria Pia Backes, the superior, was 24 years old. Her companions were Sister Salesia Fichtner (21) and Sister Amanda Bednartz (17).

​By the time of her death, 48 years later, Mother Pia had firmly established the new Congregation of the Queen of the Holy Rosary: the Dominican Sisters of Mission San Jose. Her devotion to the Gospel, her love for the liturgy, and her desire to bring Catholic education to youth, especially to the poor, shaped the spirit of this new family.

Today 350 Dominican Sisters of Mission San Jose live the rich tradition of the Dominican family with vitality, enthusiastically responding to the challenge of Christian education in California, Oregon, Arizona, Mexico, and Germany. The vision of Mother Pia continues.
For more information about the Mission San Jose Dominicans and their ministries, visit their website at www.msjdominicans.org

Why a Dominican School?

Catholic education forms students in a manner consistent with the values and teachings of the Church, and helps them grow in faith.
It is based on belief in human reason, ethical truth, moral norms and a sacramental imagination. Students learn the importance of building community, proclaiming the message, participating in worship and prayer, and engaging in service.

A Dominican education celebrates a diverse and collaborate community.
Students learn to share their talents, recognize the insights of others, and practice skills of collaboration and respect. The school community embraces students and families with care, inspiring a desire to God's love and truth wherever they are, whether on campus, with family, the community, the Church, and the world.
​
A Dominican education is anchored in a spirit of constant prayer.
St. Dominic preached that prayer and study were intimately linked, because they lead to a deepening faith in God, to recognition of Jesus as Truth, and to openness to God's Spirit expressed in loving service. The search for God through prayer and contemplation leads to a desire for kinship with all of creation and with Earth that sustains it.

A Dominican education forms individuals in love by fostering a life-long love for learning while also learning how to love.
Students are encouraged to think for themselves as they acquire knowledge and facts. The intellectual and spiritual tradition of the Order of Preachers promotes integrity and builds confidence in proclaiming the Gospel as Good News for all. In this way knowledge is always at the service of truth. 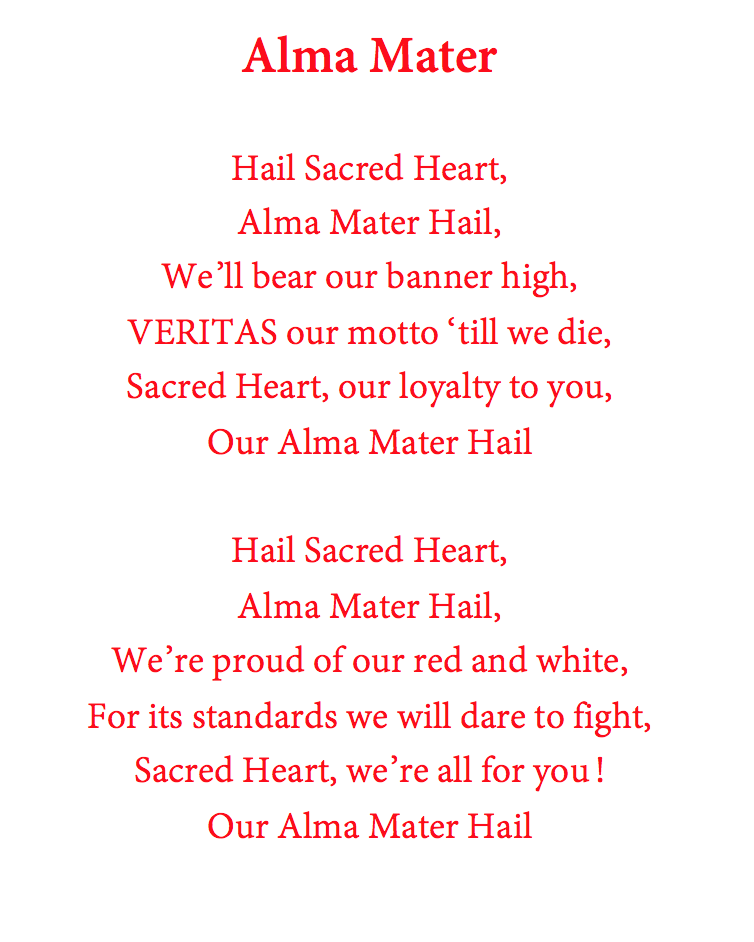